Is it ok to get Botox while breastfeeding? 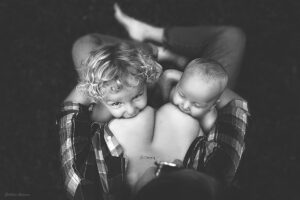 You may never ask a question that makes a plastic surgeon squirm as much as whether it’s ok to get Botox while breastfeeding! The reason is because no one is sure and no drug company wants to run a trial to determine its safety.

Understandably, testing pregnant or breastfeeding patients to see if Botox is safe is not a drug trial anyone wants to run. That being said, there have been women who received Botox before they realized they were pregnant and women who received Botox while breastfeeding simply because they forgot to tell their doctor. So from an anecdotal perspective, no major problems have been discovered.

Additionally, their Important Safety Information also states, “There has not been a confirmed serious case of spread of toxin effect when BOTOX® Cosmetic has been used at the recommended dose to treat frown lines, crow’s feet lines, or both at the same time.” Taken together, this all means that Botox pretty much stays only within the area of injection and doesn’t spread throughout the body and even if it did spread, there’s still no evidence that it crosses into breast milk.

With this information, there’s no credible scientific evidence that Botox is a problem in breastfeeding or pregnancy but there’s always that shred of doubt…so you have to decide, is it worth it?!

Whether you’re breastfeeding or pregnant and want to check the cost of Botox from Dr. Kaplan, click here.