Is it ok to have Marijuana before surgery? [video] 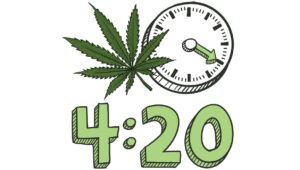 In honor of April 20th, or 420, a sort of national holiday for marijuana, several patients are asking: if you can’t have cigarettes before or after surgery, is it ok to have marijuana before surgery? Most patients know about the issues with cigarettes before and after surgery but is marijuana ok? I’m not going to encourage marijuana use before surgery but here are some important points to consider.

What’s the diff between marijuana and cigarettes in regards to surgery?

On the other hand, marijuana has no nicotine. So it won’t affect your wound healing but there is still the issue with smoke. The obvious next question is, if I shouldn’t smoke marijuana, how about ingesting it. Well yes, that’s a great way to avoid the smoke. But keep in mind you probably should avoid being stoned right before your surgery because you need to listen to the doctor’s preop instructions. You need to sign consent forms. So it’s best you’re in a sound state of mind to do those things.

Have a great 420 day and enjoy the video below:

Video: Marijuana before or after surgery?